A number of veterans’ organizations grew out of the First World War, among which was the Great War Veterans Association founded in 1917.  Its aims and objects were:

Our Caledonia Branch was formed at a founding meeting at the Opera House (the corner of Argyle and Caithness, where Tony’s Corner Xpress now stands) on Wednesday, 28 August, 1929, with the charter being issued a month later on 18 September.

The Legion met for a number of years at the Town Hall (Edinburgh Square) and then moved to the second floor of Keith Lamb’s Feed Store (by the bridge where the Bank of Nova Scotia is now located). 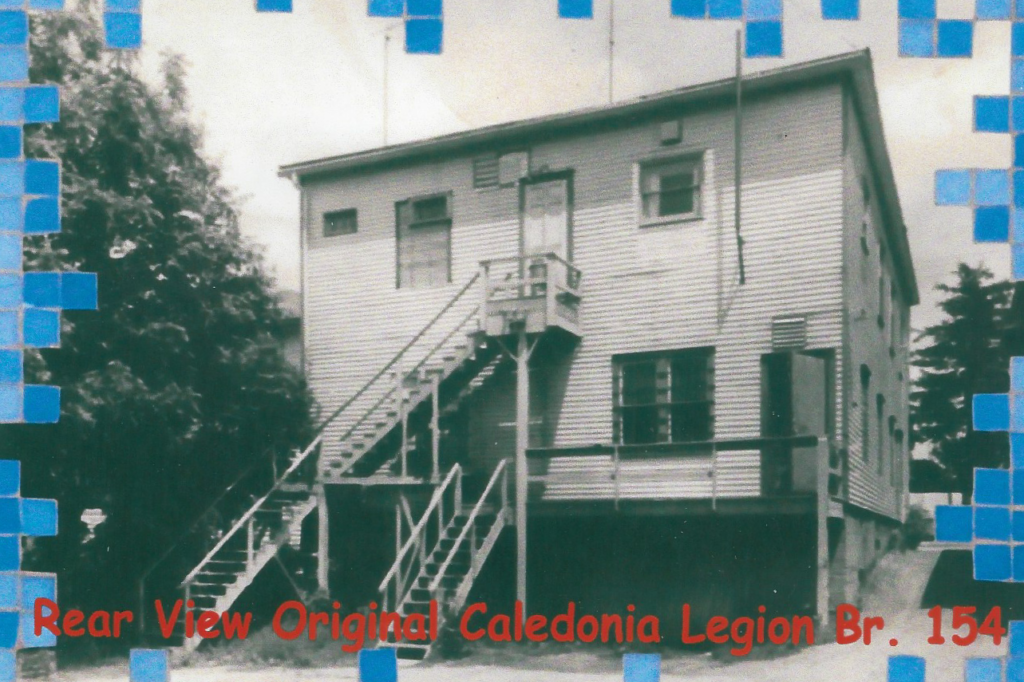 Our current building was constructed in 1976 with the first official function on Remembrance Day that year and the opening in June 1977.

No comments to show.