Last week, on Vimy Ridge Day, we posted about those from Caledonia who died during the Battle of Vimy Ridge.  Today we heard from a descendant of Henry Bunton, who has inherited some items from his ancestor, and who, fittingly, is currently serving in the Royal Canadian Regiment, the same regiment that Henry Bunton was serving in during the war. 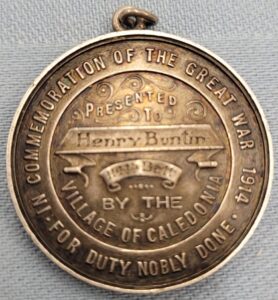 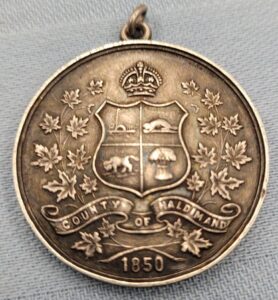 A medallion issued by the Village of Caledonia to the troops of the 114th Bn as they headed overseas.  Note the spelling of the last name as “Buntin” rather than “Bunton”. 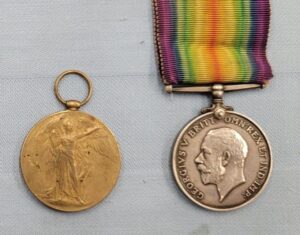 The Victory Medal on the left with its ribbon incorrectly attached to the War Medal 1914-1918 on the right.  Henry would not have qualified for the 1914-1915 Star since the 114th Bn did not cross to England till 1916.  Collectively, the 1914-1915 Star, the War Medal and the Victory Medal were known as “Pip, Squeak and Wilfred” after a characters in a popular cartoon strip. 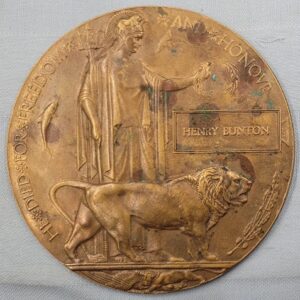 The Memorial Plaque which would have been delivered to Henry’s next of kin.  Made of bronze and about 4 3/4 inches in diameter, they were referred to as the Widow’s Penny or Dead Man’s Penny.

No comments to show.